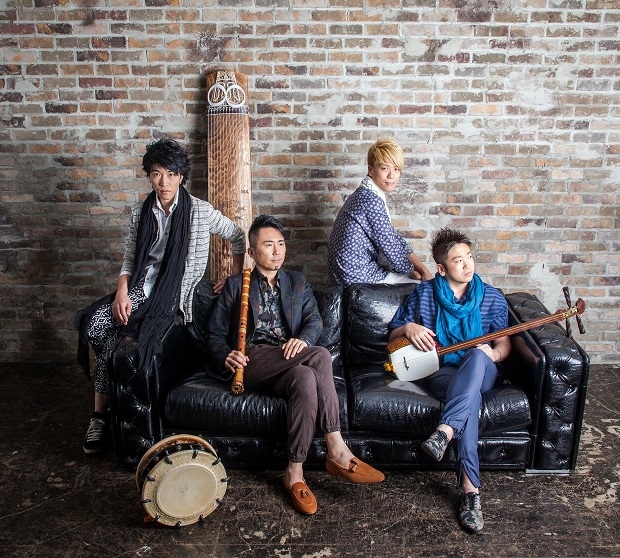 As we have now reached full capacity for the Oct. 2 WASABI concert at the Japanese Canadian Cultural Centre, we have closed registration for tickets as of Sept. 25, 2018, at 1 p.m.  We sincerely thank you for your interest.

The Consulate-General of Japan in Toronto and The Japan Foundation, Toronto, are proud to present a concert by the modern traditional Japanese music ensemble WASABI in commemoration of the 90th anniversary of Japan-Canada diplomatic relations. WASABI is comprised of: Ryoichiro Yoshida on the three-stringed shamisen (the elder brother from the internationally celebrated Yoshida Brothers); Hiromu Motonaga on shakuhachi flute; Shin Ichikawa on koto (Japanese zither); Naosaburou Biho on taiko drum.

WASABI will perform at the Japanese Canadian Cultural Centre on Tuesday, Oct. 2.

The poster for this performance is available here.

A video of WASABI in performance is here.