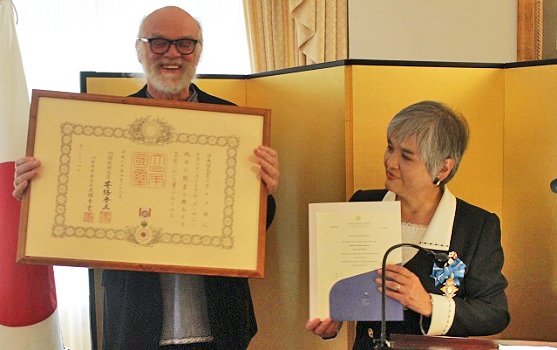 On Aug. 8, Consul-General of Japan Takako Ito hosted a ceremony to confer the Order of the Rising Sun, Gold Rays with Rosette, to Dr. Theodore William Goossen of York University for his contributions toward developing Japanese studies and promoting the understanding of Japanese culture in Canada.  In attendance were scholars from the University of Toronto, York University and Ryerson University, as well as the Executive Director of the Japanese Canadian Cultural Centre and members of Dr. Goossen’s family, his students, associates and friends.

Dr. Goossen has taught at York University since 1981, deepening appreciation of Japanese culture and literature among his students. During this time, he also visited Japan several times, including those occasions when he was a visiting professor at the University of Tokyo (2007 to 2008; 2009 to 2010) and the International Research Center for Japanese Studies (1997 to 1998).  In 1981, he was one of the founding members of the Canada-Japan Society, as well as its first Chair. Dr. Goossen is also known as a translator of works by such Japanese authors as Haruki Murakami, exposing their work to readers in Anglophone countries and thereby promoting understanding of Japan. The conferment of this Order was in recognition of his accomplishments, and we at the Consulate-General of Japan extend to him our most sincere congratulations. 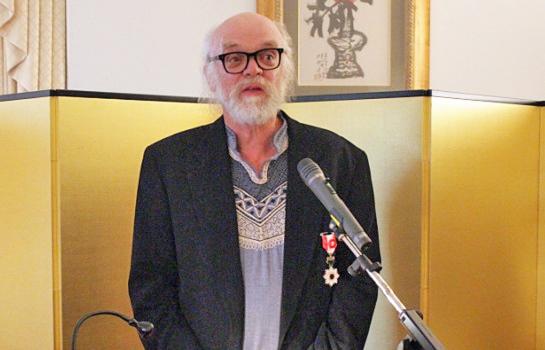 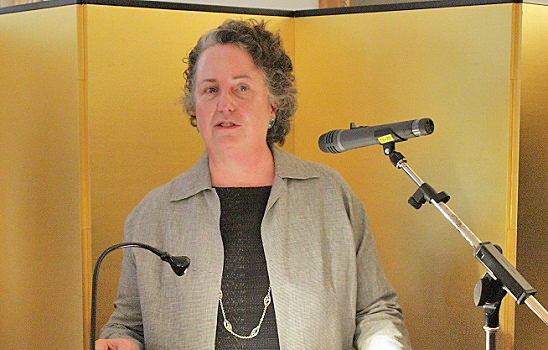 Ms. Meg Taylor, an acclaimed editor and friend of Dr. Goossen, gives congratulatory remarks on behalf of the guests. 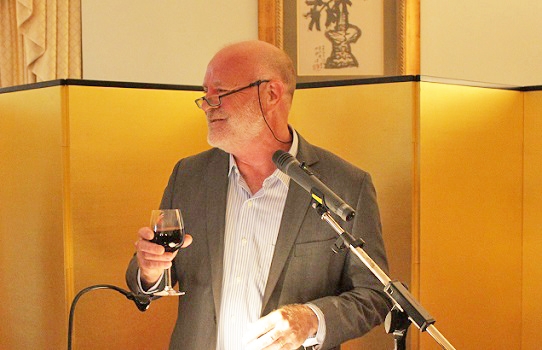 Dr. James Tiessen, Associate Professor at Ryerson University’s Ted Rogers School of Management and
Director of the School of Health Services Management, gives remarks then leads the guests in a toast. 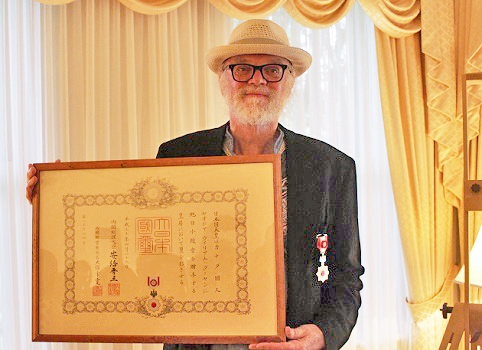 Dr. Goossen with his decoration and certificate.

The reception following the ceremony.